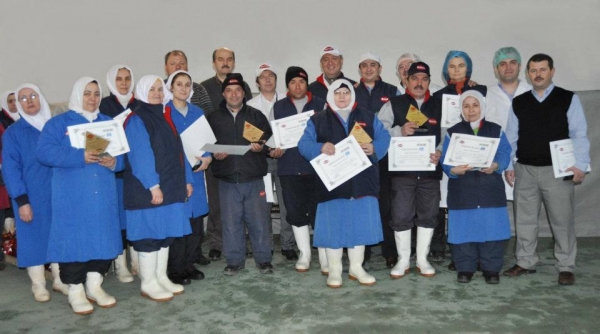 Berrak, presented plague and certificate of appreciation to the employees

who have been working with over 15 years.


In the previous weeks, Berrak presented plaque and certificate of appreciation to the veteran employees before moving to the new factory, which is considered to happen in June 2012. Emotional moments occurred in the ceremony that took place in the production area of the factory. Berrak’s Chairman of the Board M. Turgay Tüfekçioğlu, as he summarized the improvements between the first day and today, thanked all his employees. Berrak’s General Manager Tamer Ersoy, attracted notice to the constitution of “Berrak Family” and employee loyalty. Following the presentation, the Project Manager Altuğ Tüfekçioğlu talked about the new factory and its new resources for the employees.